Ludwig Mies van der Rohe was born in Aachen, Germany in 1886. As a youngster he worked as a stonecutter in his father's business and at the age of 19 he got an apprenticeship in an architectual agency in Berlin. Very gifted, he learns quickly and soon he's able to invent new design-technics, inspired still by old prussian classicism and new modern building technics.
Already 1921 he started to build the first Glass-Skyscrappers in Berlin. 1925 he met his futur wife, the architecte Lily Reich and both work closely together for the next 13 years. During this time they create the famous BARCELONA furnishings. 1930 Ludwig Mies van der Rohe accepts to become the Head of the already well known Bauhaus. Lily Reich follows him and becomes the very first female Bauhaus- Professor ever.
1938 approches and the Nazies are pushing Mies van der Rohe out of Germany.
He finds for the rest of his life a new home in Chicago at the Institut of Industriel Design. Chicago ist still the best working reference for Ludwig: the city is packed with his beautiful buildings. Lilly Reich though stays in Germany taking care of their mutual interests.
Ludwig becomes soon the Head of the Institut of Industriel Design with the important task to further the section of architecture on the campus. If you visit today the campus you'll see the stunning Crown Hall Building which was inaugurated in 1956 and dedicated to a new form and way of teaching.

His two leit-motives which are very characteristic for Mies van der Rohe are: "less is
best" and "God will take care of the details" 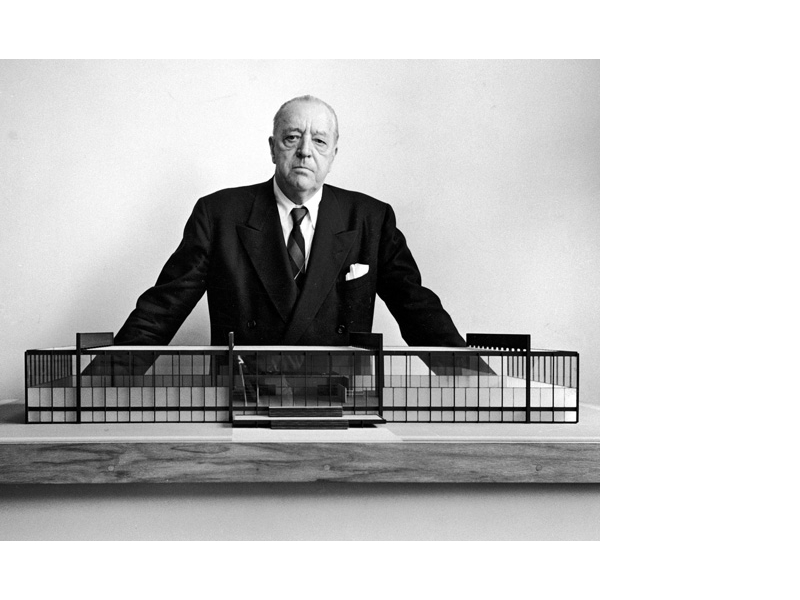